View from the Model Engineers' site in the Halswell Domain 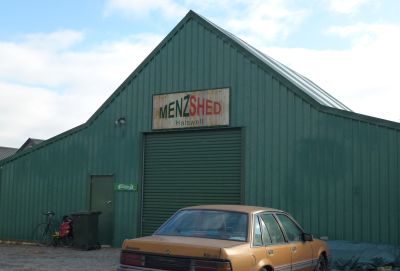 The Halswell MENZSHED opened recently and is proving a hit with the blokes who have already discovered it! It is found in Nash Road just past St John of God. I’m guided there by a number of signs which give me some confidence that I’m going the right way.

When I arrive, there are about 10- 12 blokes around the place. Keith Kelvin, Kevin (I’m fast reaching the conclusion that that everyone’s name has to start with “K”), Chris, Don Harry, Robin, Roger and others I didn’t catch. After a minor double take when a woman walked into the room, they all resume working on their various projects. Don and Roger, the supervisors greet me at the door. They outline the health and safety rules. I note that things look pretty relaxed when they are all being followed. A “new” person comes in, introductions are made, and in minutes he is deeply engaged in discussing one of the many projects currently on the go. 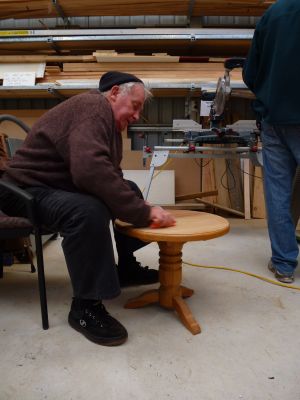 Kelvin is sanding a small table that he is helping to restore. I take a photo and then am led around the shed to be introduced to some of the bigger… er “boys toys” around the place. There’s a wood lathe, a band saw, a drop saw, a drill press, and an array of smaller hand tools. While I’m there, someone offers to donate a compressor to the shed. And, of course, there is an all-important barbecue tucked in the back corner…. Keith tells me that the shed could still use a few more things including smaller hand tools – hammers, saws and they could also do with things like nails, screws and bolts. “Perhaps a thicknesser would be nice,” he says, “It’s worth coming to us if you want to donate something you are no longer using – even if we have something, it may be that one of the other sheds around town could use it instead.”

Over in the corner, I chat to Robin – an ex farmer with a lot of inventing and tinkering experience. He made bail feeders after he gave up farming, and retired from the feeders a couple of years ago. He’s enthusiastic about the project and tells me that it has largely been driven by Roger Spicer a pastor at the local Baptist Church. Roger tells me that many others have also been involved – from the folk at Craythornes, Teds Bar and Grill (in Ensign Street) and Anthony Wilding who gave them breakfast for their meetings, to Mark Anderson at St John of God who has had a large part to play in the project. Halswell Timber Company donated the sign on the Shed. The project is overseen by the Acorn Trust part of the South West Baptist Church (formerly Spreydon and Halswell Baptist Churches).
Robin tells me “When I heard about this project, I just had to be involved” he says. “It’s tremendous fun and it’s good to meet and work with others who have similar interests.” 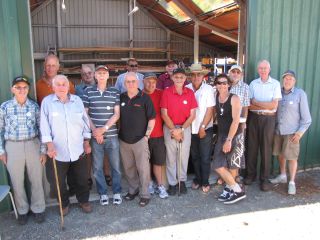 “There are lots of guys around here with a lot of experience and knowledge. I make toys and it’s really useful to be able to bring something in and ask how I should solve some problem I have” says Keith. You can bring along your project and get help and ideas about what to do how to get the tricky bits sorted, or you might just go along and work on projects that are already on the go. The men have made 7 seats for nearby Aidanfield School – a project that many of them clearly enjoyed. No doubt the school is pleased to have the results of that project too.

The MENZSHED concept is aimed at improving male mental health. No doubt it does that. But most of the blokes there are not thinking about that too much. They are enjoying themselves, making new friends, learning new skills or contributing the considerable skills that they have. If you have any kind of interest in this at all, get yourself down there, either on Thursdays or Saturdays between 10 and 12. Thank you to all who have been involved in setting this up. It looks like a great community asset.

Find out more about MENZSHEDS at http://menssheds.org.nz/ and, if you want to know more about the Shed in Halswell, Check out the info here contact Roger Spicer at roger.s@xtra.co.nz or phone him on 027 229 1928. 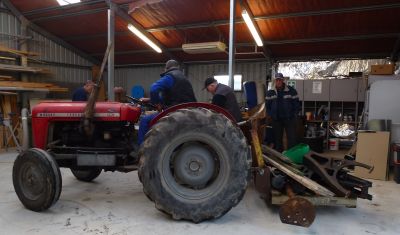 Contribute to this Blog

This blog is for stories, links, opinion and information that might be of interest to Halswell people.

Please DO comment on posts. It would be great to see discussion here - making sure that we all discuss the issues rather than attacking people. Please use your own name (first names are fine).
If you would like to contribute to the Blog then email us at halswell.newsletter@gmail.com