View from the Model Engineers' site in the Halswell Domain

Help out the Christchurch Blanket Bank

This year, the Halswell Community Project have offered to help out the New Brighton Project’s Blanket Bank. So far we have taken two carloads of bedding - including clean blankets, sheets and duvets and VERY clean pillows over to Brighton.

The Blanket Bank provides bedding and blankets to Christchurch people in need of warm bedding at no cost.


“With winter on its way, it’s time for us to stock up for our busiest time of the year. We rely on donations of warm bedding e.g. blankets (both woollen and acrylic), duvets, sheets, pillow cases and duvet covers” says Sarah Mackay, the volunteer who runs the Bank. "Blankets are almost marching out the door at the moment".

If you would like to donate, please drop any warm, clean and good quality (something you would use yourself) bedding that you have to the Halswell Community Hub (381 Halswell Rd – parking off Sparks Rd) during office hours.

If you are unable to donate a blanket but would like to help, then you could make a donation on their Give a Little Page.

Posted by Halswell Community at 7:14 PM No comments:

Halswell has been through a few emergencies together, during which we have each supported our community in various ways. All of us take part in responding to an emergency – some of our groups and organisations may have more formal responsibilities and arrangements, while others fully rely on the goodwill and dedication of a few staff and volunteers to do what needs doing at the time. The more we understand each other’s roles, capabilities, and limitations, the more we connect and plan together, the better we will get through together as a community.

A few of us have started the process of developing a Community Response Plan. This is not about recreating the formal responses of Civil Defence or formulating a fixed plan of what to do if... but it is about how we as a community respond.

Over the next few months we will be organising workshops and discussions around this topic and looking at how we can connect people and map the resources our community has. If you would like to be part of this please do contact Kate on halswell.comm@gmail.com.

Posted by Halswell Community at 4:56 PM No comments: 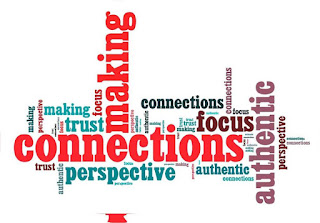 Emma and Sam gave some background on who they were, how they arrived in their roles and some of the projects they worked on. Sam and Emma work closely together and their roles do overlap.

Emma started as a funding advisor before moving on to become a Community Recreation Advisor followed by a governance manager. All these roles linked strongly into and gave a valuable background to the role of Community Development Advisor.

Initially Emma worked in the Hoon Hay area where she initiated projects like the Hoon Hay Fiesta as a tool to bring people together and increase capacity. Emma also worked with a group of teenagers around the need for lights on the park for basketball.

This process involved working with the local people/ group, upskilling them and helping them to navigate the channels at council for the desired outcome. Civic participation helps empower people and give them a voice to make a difference for their community.

Emma explained that community led development (rather than council led) leads to a more connected community.

Sam is originally from Christchurch and studies at Lincoln Uni. She has had lots of roles including a summer assistant supporting events across the city such as Hello Hornby.

As the recreational advisor she supports local groups with events and activities such as the Celebrate Halswell Event, Childrens’ Day and possible future events.  She is also involved in the Huritini Student Council encouraging local children to take part in activities they are passionate about. For example the group have been looking at signage around Westlake Park  to protect the birds and wildlife. She is also involved in the Give Gear Get Great program.

Some of the things Emma and Sam are working on at present include:

Mike raised the issue of the Nottingham stream levels. It would appear that the stream, like the Westlake Lakes is groundwater fed and therefore affected by the low rain levels over a long period rather than the development around the area.

Christchurch City Council has started a project to develop a Three Waters Strategy to ensure long-term sustainability of the natural resources communities rely on for their daily needs. We may be able to get them to a future Connections meeting to discuss this in more detail.

Pam and Lisa shared what is happening at the Library currently.

Digital Futures courses for 65 plus are going well

Groups use the library facilities for informal meetings such as:

HIPPY (Home Interaction Programme for Parents and Youngsters) is currently reaching out to find families with children aged 3 - 5 for their program which encourages parents to be first teachers and aid the transition to school. The program improves skills and relationships and feedback shows that children from the program are often ahead of their peers when they start school.

Lynne asked that any notices or articles for the next newsletter be emailed through to her at halswell.newsletter@gmail.com.

Kate and Keri have been busy at the Hub. The Community Board recommended that the Council gift the building to HCP to run and the final decision will be made by council in May.

A new batch of welcome bags has been put together and are ready to be distributed. Kate will drop some off at the Library to give out.

Next Market is 23rd May

In addition to the sharing shack, book shack and collecting wine bottle tops, the Hub is now a collection point for good quality blankets and bedding which will be sent over to the New Brighton blanket bank. They have also started collecting bread tags which can be recycled to fund wheelchairs in South Africa.

Judith noted that she had taken delivery of the spring bulbs from the fundraiser. They had a good response and raised $421 which will go towards installing an AED on the front porch of the hall.

The Hall is looking for several people to help with the running of the facility - funding coordinator, fundraiser, communications officer, IT person, Social media.

The new stage will be installed at the end of July and Judith is looking into getting the Elms trimmed due to Health and Safety concerns.

It was discussed that Halswell NEEDS better bus services into town. Currently it is far faster to travel by car than take the bus due to the congestion. Hopefully this proposal will ease that congestion and make safer access to Hillmorton High School with traffic lights at the end of Tankerville Road.

Peter said the Lions have had a busy month. They supported Hillmorton High school during their camp by taking the school lunches out to the students and staff on camp over the 2 week period. He noted that the lions are heavily involved with HHS.

The Lions district have lots of youth activities and the Halswell Lions are hoping to increase the number they get involved in. For example they have been working with an Oaklands School student on the Peace poster competition and would like to see more young people getting involved in these opportunities.

The last Lions meeting had the Justice of the Peace as speakers which was very well attended and received.

Next Meeting - speaker is CEO of Age Concern

Halswell Lions currently has 19 members and has club elections at the end of April.

Peter discussed the new facebook page and said Lions were pleased with how it was going. Engagement is already up which is encouraging.

Next Meeting: Tuesday 18th May Hillmorton High School - details to be

Posted by Halswell Community at 2:52 PM No comments:

The draft ECan Long term plan has set up two options and is asking for feedback on which of the two options ratepayers favour.

Option 2 is the bare minimum and covers only the activities that they legally must do. Even this requires an 18.5% increase in budget (an extra $15.50 per quarterly rates payment for an average homeowner) to cover planning work to comply with the  government’s “Essential Freshwater Package”, together with a review of the Regional Policy Statement and long overdue Regional Environmental Coastal Plan.

This option also sees the region benefit from the government’s Covid 19 recovery funding. Six recovery projects amounting to $24M of work have been selected, bringing in $15M of grants but still needing $9M of rates. This work will reduce flood risk focusing on weed removal, stabilising stopbanks and regionwide berm planting whilst also creating jobs. Further government grants from Jobs for Nature will support wallaby control, and clearing wilding pines in the much loved McKenzie basin.

How is Option 1 Different?

Option 1 (the council’s preferred option) includes those same activities plus an extra $6.5 million of spending over the coming years.  This represents and extra $9.50 per  per quarter for the average household on top of the $15.50 outlined above but represents significant action to address climate and other environmental issues.

“I believe that at the last election many people voted because they realised, that as a community, we have to do more to protect our environment and slow climate change”, said Councillor Southworth. “Transformational changes come at a cost”, she explained. “This time around the Councillors are proposing these extra(non statutory) projects in a bid to tackle climate change and improve our environment faster”.

The extra projects included in Option 1 are:

Other questions that the Regional Council has are around the balance of universal vs targeted rates. The universal annual general charge, which is the same for every single household in Canterbury, has more than doubled which takes relatively more from low income households.  The Council are interested in feedback.

Likewise the Council is thinking about borrowing to make the current increase in rates less and defer some of that increase til  later in the 10 year project.   Think about submitting if you have a view about any of these things.

Of course it is possible to support some of these projects and not others.  It is also possible that there are projects that you think SHOULD be in the plan but are not.

Submissions can be very short - they don't have to be long but if there is something you feel strongly about that is either good or bad then it can be useful to just let them know.

Thanks to Wendy Everingham from Lyttelton who provided some of the information for this article.

Contribute to this Blog

This blog is for stories, links, opinion and information that might be of interest to Halswell people.

Please DO comment on posts. It would be great to see discussion here - making sure that we all discuss the issues rather than attacking people. Please use your own name (first names are fine).
If you would like to contribute to the Blog then email us at halswell.newsletter@gmail.com